About Us › Monteverde Adventure Company 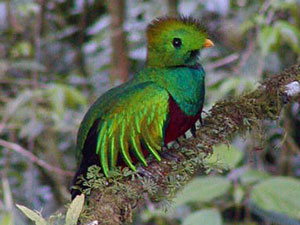 Monteverde Adventure Company should not be seen as just a local Monteverde agency, able to arrange tours, transport and hotels only in Monteverde. In fact, they are actually an experienced package tour agency and have been arranging packages all around Costa Rica for many years. They have a wealth of experience and can arrange holidays anywhere in Costa Rica. Monteverde is simply a base as it is a spectacular place to live and work. Who wouldn't like to work in paradise after all!

The web site Desafio Monteverde Tours is connected to Desafio Adventure Company in that it sends letters to the Monteverde Office. The web site is kept up to date with all the latest tours and offers in the area!

The Monteverde Adventure Company office is located in Santa Elena (you may have to ask the locals for Desafio Monteverde as not many people have heard about the name change yet!). It is located under the Beer House restuarant (and what was known as La Taberna for many years) and is on the way to the main bus stop and the commercial center ('the mall').